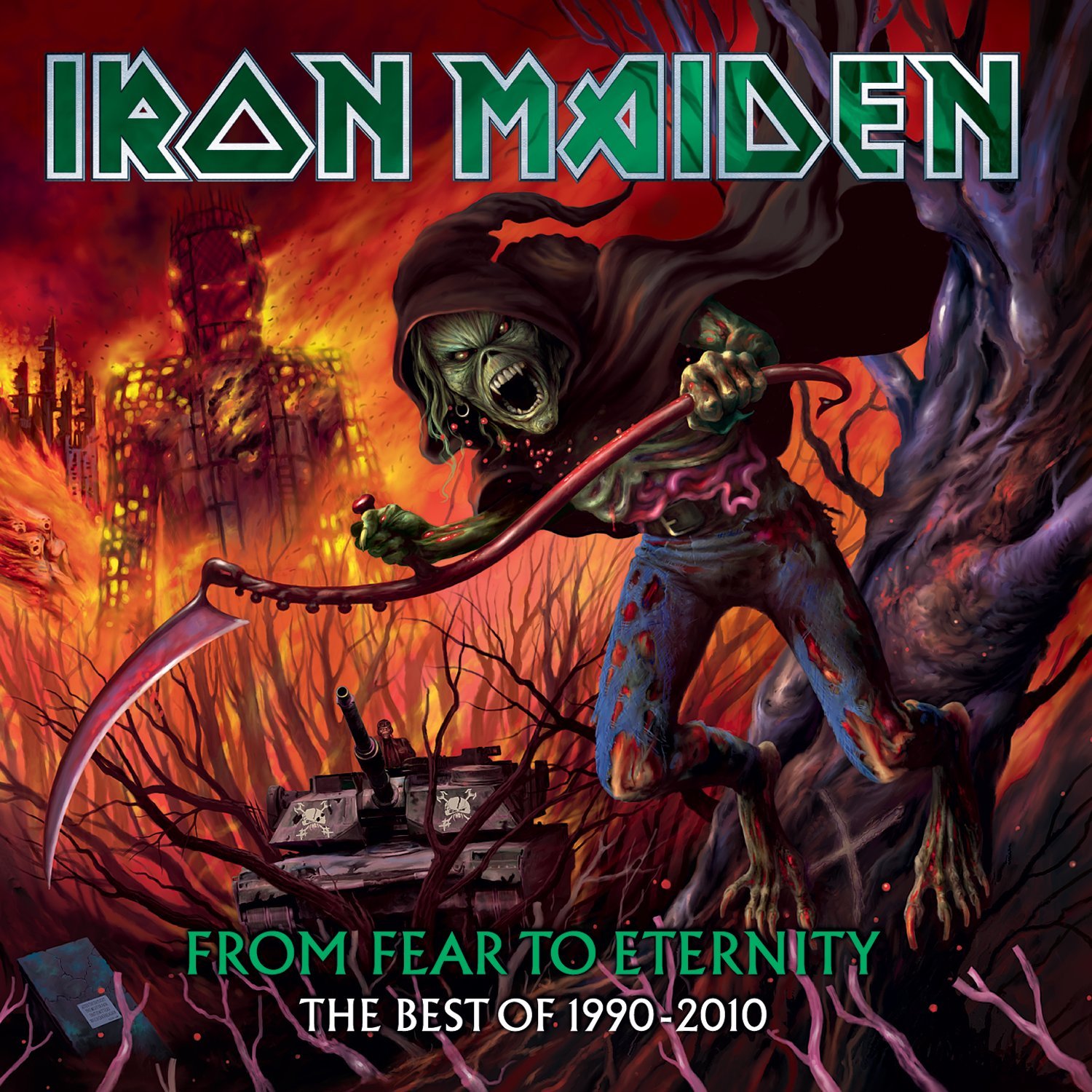 This triple-vinyl Picture Disc edition of From Fear To Eternity: The Best Of 1990-2010 spans twenty years, which follows the huge success of 2010's studio album The Final Frontier which hit the number one spot in 28 countries around the world. It also became the band's highest-charting album in the USA where Iron Maiden have just been awarded their first Grammy for Best Metal Performance for the song "El Dorado," taken from The Final Frontier album, and which is included in this collection.

Iron Maiden's current phenomenal global success has seen the band not only scale new-found heights aided by their unique method of touring, using a customized Boeing 757 - named Ed Force One by their fans - to transport band, crew and all their equipment around the world to many new places, but has meant their ever-expanding fan base now encompasses a brand new generation of metal lovers. From Fear To Eternity is a chance for these new fans to explore the group's rich history, with the highlights of their last eight studio albums distilled into this handy collection, which follows 2009's compilation of their earlier work from 1980-1990, the album Somewhere Back In Time.

Perennial favorites found on this album include songs also featured on Maiden's current "The Final Frontier World Tour" set list; tracks such as "Fear Of The Dark," "The Wicker Man," "Blood Brothers" and "Dance Of Death" sit alongside recent classics "El Dorado" and the hauntingly evocative "When The Wild Wind Blows." It also includes singles like "Holy Smoke" and "Be Quick Or Be Dead" together with more progressive thought-provoking album tracks like "Afraid To Shoot Strangers" and "For The Greater Good Of God." This new collection charts the musical development of Britain's most successful metal band as they have evolved their sound, producing longer, more complex songs, while gaining huge critical acclaim in the process.