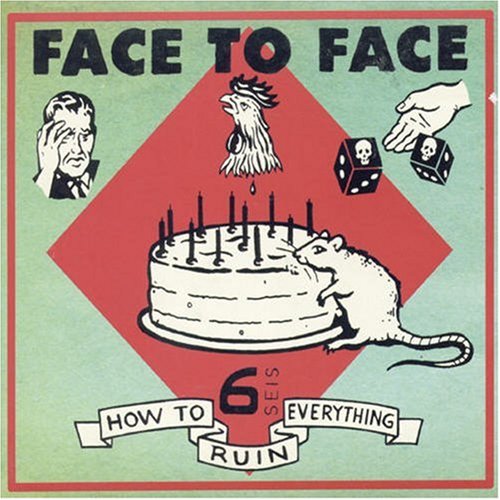 Like fellow EMO rockers Jimmy Eats World, Face To Face have had a hard slog to get to How to Ruin Everything, their debut UK release. Since the early 1990s the South California trio have been committed punk activists, both inspiring and opening the door for the likes of Blink 182, Saves the Day, Alkaline Trio and Dashboard Confessional. But ill-fated record deals and subsequent poor exposure denied them the international acclaim enjoyed by the very acts they inspired. As with Jimmy Eats World, though, such trials and tribulations seem to have strengthened their resolve.

How to Ruin Everything is all the more exhilarating for the pent-up fury that drives its seething guitar charges, and all the more entertaining for the endless cynicism that underlies the acerbic pop hooks of angry anthems "Bill of Goods" and "Shoot the Moon" with it's bitter chorus cry of "I believed in everyone and everything they told me". With venom freely flowing, theirs is punk in the traditional, three-minutes-of-ferociously-catchy-rage sense of the word. And while they would probably have preferred to ride the skate-punk wave that gripped late 1990s America instead of scraping by on the side lines, their past record company traumas make the hyperactive hammering of "Waiting To Be Saved", "Double Standard" and "A Wolf in Sheep's Clothing" vengeful highlights in a heartwarming tale of triumph in the face of adversity. --Dan Gennoe